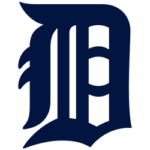 Bearing medical issues we thought Mize was going to be a Tiger for life! So what went wrong? The same thing that always goes wrong with pitchers with questionable deliveries: They break!

By all accounts, Mize is the type of player who will start his career hot…..except for that one invisible trait: health.

Will Mize’s arm swing/shoulder stand up to the rigors of starting in pro ball? or does it scream injury and velocity drop?

Is Mize the ace of the team’s rebuilding efforts? or a short term boom for a team with no illusion of contending soon?

The focus here with this pick should be on who will be playing at Comerica Park in 4-5 years and beyond.

Liberatore could be building block with upside who buys the front office rebuilding time. He offers job security and could be the face of the franchise if he hits his ceiling. Liberatore would be the safe pick here, floor would be a serviceable LH arm.

If you’re expecting predictions on specific positions, put your money on “catcher”.  If Bart’s power runs dry, he could still extract value over multiple years as a leader and signal caller.

So who will rock the old english “D” on draft day? 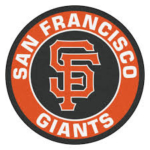 Time to rebuild the team by the bay……

2) They have faith in Dick Tidrow to find pitchers. Stewart?

3) John Barr loves to build up the middle and draft catchers. Bart?

4) In the past when the Giants pick in the Top 5 they’ve pounced at college players with leadership qualities (Will Clark, Matt Williams, Buster Posey)

I expect Bart here if availale. The skill position up the middle is hard to find and good catching helps develop pitching. Bart calls his own game, causes damage when makes contact and the leadership intangibles are separators. Posey will extend his career by shifting to 1B and will serve as a mentor to Bart.

If Bart is gone, the thinking here will be dominant starting pitching comes from the top of the draft. John Barr and his confidantes have been in on Winn. And San Fran’s ace pitching scout recently took in Winn.

San Fran in heavy again and eyeballing Winn. Their body language says a lot….Is there a  under-slot deal lined up and a target at pick #45? McClain? 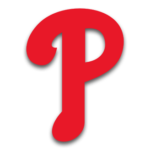 Philly is win now mode and will do cartwheels if Mize falls here.

Or this selection could very well be made with a pennant chasing trade in mind.Who offers the most value in a trade here for Archer?Hmmm, who would Tampa want in return? Stewart, Liberatore or Winn?

Philly is on the clock now and have been bustling with activity these last few weeks……. Almaraz likes position players with strong baseball skills over raw (Madrigal, Bohm, Larnach ) and pitchers with command and the ability to manipulating the ball. (Stewart or Liberatore or Winn). It’s worth noting the Phillies place a premium on flat chest, loose limb, projectable athletic bodies who hit left handed and play up the middle. 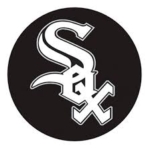 The systems is loaded with volatile bats and arms and historically the higher the White Sox select, the less risk they take.  They’ll select the most stable, ready player to complement a volatile system… 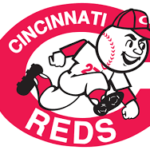 Buckley has a knack for selecting Major Leaguers in the 1st round …..will he be dreaming here of a dynamic duo of Hunter Greene and Matthew Liberatore? or will the Big Red Machine seek a power bat Larnach, Gorman or Kelenic?

Worth noting the ol’ Redlegs checked in on Madrigal and Larnach 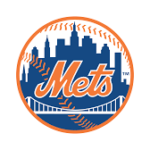 In this scenario Bart, Bohm and Liberatore are gone and  and Swaggerty are in the mix….but there’s comfort in the “Conference of Champions” Madrigal or Larnach. Both have shown the ability to work counts, square up the baseball and but only Larnach shows above-average power at the next level. 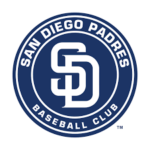 The Fathers have been mining for talent across regions but this one here is as unpredictable as Preller’s draft day sport coat. Bloodlines play deep here, but if you squint enough you’ll see what is missing for the Padres to compete in the NL West and once the Padres are in the playoffs, the World Series is just around the corner. 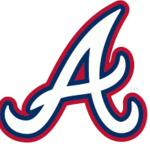 Lots of noise on Gorman here. But that’s a reach, Atlanta likes to fill there backfields with twitchy explosive athletes. Gorman is a 2nd RD target.

Atlanta wants a player who wants to go out and play here.

Grayson, Winn, Stewart  and Connor Scott are in. Scott could be a Jayson Heyward type, Winn and Singercould get there fast. Grayson could be a future workhorse. The home state boy Rocker could be available. 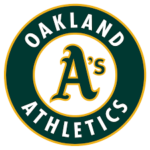 Size doesn’t matter here – last year they went for ceiling, this year they’ll play it safe? Beck, Nick Allen and Madrigal will be up the middle?

Or does Oakland think Turang has the DNA to tie it all together?(Hattiburg and an Asst GM have been on him in consecutive weeks)

Can I can get Matt McClain with the same intangibles and more pop at a better rate in the early the 2nd RD? Don’t get me wrong I like Madrigal but top ten is a rich for me. 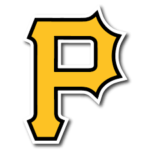 Bucs love projectable bodies, left-handed hitters and pitchers who spin it: Winn may remind them of a young Gerrit Cole.

Look for a pitcher with sooo much spin and speed that it can turn a batter’s knee inside out. 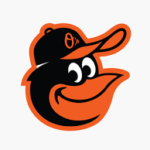 The Birds haven’t done well with showcase darlings in the past and they don’t do business internationally …which means they are opposed spending large sums on teenagers with limited track records….but the Birds have been in on Winn.

Look for a college player here though, preferably a college arm who is athletic with a plus arm. McClanahan will be interesing here but hisperipherals doesn’t give me a lot of reason to be optimistic. He continues to walk everyone in South Florida’s schedule.

Who is the most athletic from this trio? Singer, Kowar, Rolison, Weathers…..

Madrigal & India could be in play if available. 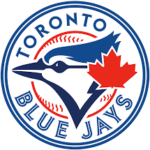 Guerero, Bichete, Biggio…..does it suggest the Jays place a premium on a player’s bloodlines? Turang could be in play here but it’s worth noting that the majority of Jays in town choose to catch Winn over Turang on Friday. Also, it’s particularly striking that not a single high school pitcher has been drafted in the top 10 rounds the last two years. College player or prep athlete here who will buy into the club’s high performance program. 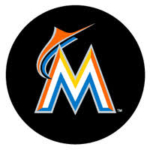 Ala the Yankess, the Marlins will select a player here with potential greatness rather than to settle. I expect an appetite for a player who has played on the big stage. Either a tall durable pitcher that combines power, size and strength or a prep bat with upside but may have obstacles to overcome. The man inside the uniform will be important, figuring he might be able to work out his problems. 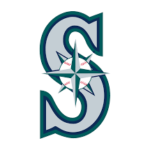 Easy money for the Mariners 1st-round pick to be on a college player.…We know that Dipoto prefers college players with high floors. Rolison, Kowar, Larnach, Swaggerty.

Howeverdo bloodlines offer comfort here?  In this scenario Weathers is probably gone. Turang’s childhood team was probably the Mariners ( his dad played for the M’s)  They’ve kept a close eye on him. I double dare them…. 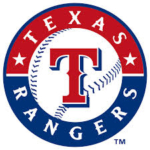 Rangers Prediction: Conor Scott or Grayson Rodriguez or Adams or Rocker. Watch out for Schnell here. 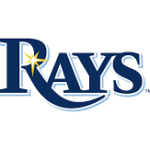 Tampa’s strength is scouting and developing pitchers….so of course they take a bat here. They want Winn but he gone here. Turang goes here if available. Weathers could be an option here….If Denaburg is healthy they take him here otherwise they go with a safe pick and pop him later at #31 or #32.

Rocker could get his $$ here. Schnell? 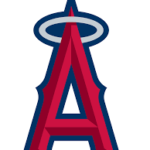 All in on prospects who can control the strike zone…figuring some will hit ceiling. They’d love Turang or Winn to fall here.

Will the hometown team get a discount w/ Turang? or is he en route to Baton Rogue by now? 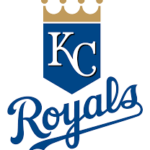 The Royals loaded up on position players and built a World Series Champion….They also love left-handed hitters and have extra picks and $$ to spend.

Update 5/15: Turang fits the Roayls Way to a tee, plus they have $$ to lure him away from SECCountry 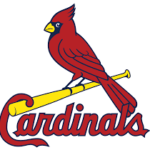 Will target lots of college performers in the draft….Targets here will be: Kowar, Gilbert, India with Groshans, Gorman and Weathers if they decide to go on prep side.

Cardinals Prediction: Larnachor India but what if the power dries up, then what?McClanahan 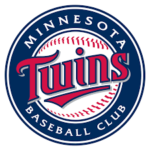 Ditching the pitchability days and targeting hard throwing arms (Wilcox?) or a catcher Naylor? or Seigler? 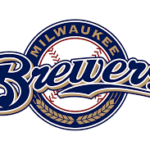 The Brew Crew has made it a niche dipping in on players who have regressed….Look for a player with upside who may have slipped or has obstacles to overcome. Would be difficult for the hometown club to pass on Kelenic if available. 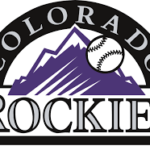 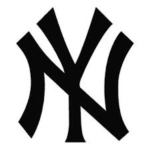 New York has a deep farm system and can take a risk here…. Chasing a dual-sport athlete here will be enticing, Adams? One thing to remember here is the Yankees love California preps.

It’s worth noting the Yankees usually select players who check off the USA Baseball experience in addition to make-up and leadership qualities. 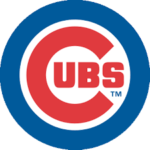 The Cubs have mastered the Free-Agent Sales Pitch…don’t be surprised if that trickles down to the draft and a player who is suppose to go to an elite school ends up a Cub. Like A’s size doesn’t matter here. 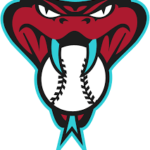 The Snakes have had success with college bats and have their eye on Larnach & Turang…look for a bat who controls the zone.

Snakes all in on McClain? Hazen has been in and so has “Chief”. McClain a target at pick #39? 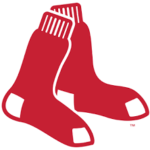 The Red Sox like the A’s & Cubs have no problem with short players ( Pedoria, Betts, Benintendi)  but the focus here will be on high-ceiling players…. high school players (big or small) with big tools who will need development time.

Look for a tomorrow guy here. 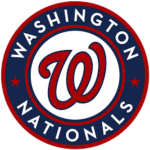 The Nats usually target players who have slipped. Or slipped due to poor performance, injury or make-up concerns. Also, Scott Boras has a great rapport with the Nats… could be landing spot for Boras client to sign.

Who does Boras Corp rep this year? 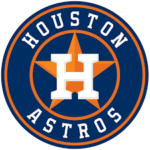 We know the Stros are going to chase Trackman readings.…projectable pitchers who’s fastball’s play well up in the zone and can spin it but they’ll be thirsty for a catcher here….Larnach would be the exception if available. 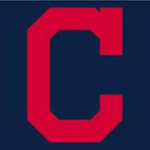 There’s a focus on tools and upside along with age relative to draft class here…. 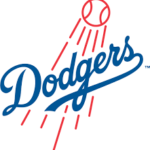 El Lay prefers college players early and we know the Dodgers have the Commodores in their playlist…..maybe this year they’ll play a different tune? Maybe it’s a Vandy commit? Edwards?