It’s not easy being the No. 1 overall pick when you fall out of prospect list’s……let’s look at some issues I see in Mickey Moniak’s swing.

To understand Moniak’s bat path we need to go back in time to understand the root of the swing and the mentality at the plate.

From the clip above we see a young Mickey Moniak taking a practice swing. My assumption here is that Moniak was taught like many other amateurs out there, which is take his hands to the ball….use the top hand, and chop down at the ball and try to create back spin so that the ball will go up. Or as some will say, “stay on top of the ball”

In theory, this mentality keeps him “short to the ball”  (a very common cue coaches talk about) and in some truth it helps most amateurs be more consistent.

However there is only one problem, the best hitters in the game are not hitting this way.

Getting the bat into the hitting zone 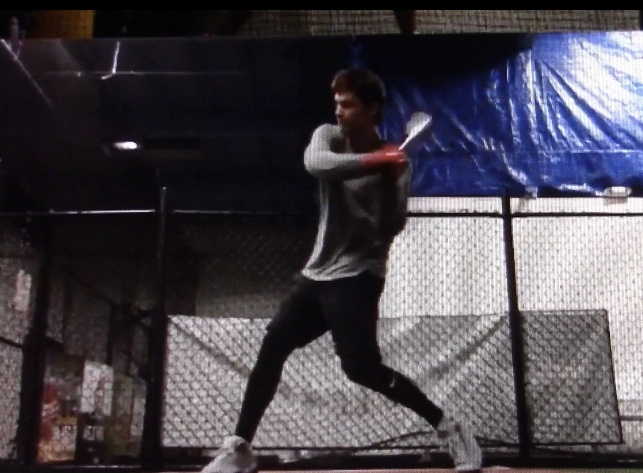 Common sense tells you that if your bat is in the hitting zone longer your timing doesn’t have to be as perfect, right?

Well if Mickey Moniak’s bat is entering the zone in a short steep angle (small arc) and swinging down at the ball (top hand) hoping to meet the ball in the hitting zone his timing has little room for error and it requires him to be locked in mentally and visually on every swing…… and to his credit he was dialed in during the amateur showcase circuit.

However in theory, this type of swing will struggle in pro ball to make consistent hard contact and will get exposed to movement and off-speed pitches resulting in foul balls, slicing, rolling over etc. In addition by making his swing short, Moniak is losing the ability to generate bat speed  — not a good combination.

Notice the turning over of the top hand & forearm above, this flattens out the swing and causes rolling over and yanking pitches when early and soft singles the opposite way when late, something he did exceptionally well in high school. 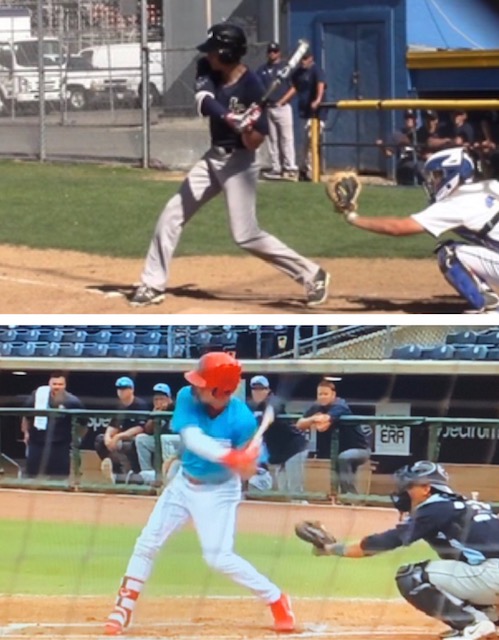 Dropping the back shoulder and finding the launch angle. The data will probably show an improved exit velo but in reality the data is skewed. Was the swing issue really solved here?

Posted this note below his draft year. Anything change?

It’s possible the band aid fix will provide a sense of development, however I’m not buying it’s sustainability.  Do the Phillies really believe that as his body continues to mature, the power will come naturally?

I’d offer recommendations and solutions but the Phillies have this covered, right?

My vision…2019 thru 2022   Padres 2019   – Starting Contending Acquisitions **Must
Twins – The 1-1 pick is about choosing the player with the
Who will go #1?
Are you the next Bonus Baby?
Putting the pieces together and solving the puzzle
error: Content is protected !!
Go to Top